The Mariposa Monarca , the Monarch Butterfly Biosphere Reserve is a World Heritage Site containing most of the over-wintering sites of the eastern population of the monarch butterfly. Its late when we get to the entrance on 10600 feet. We ask a farmer if we can spent the night in the cow pasture.Susanne is conversing with the Farmers daughter, she is impressed by our casa rotanda. 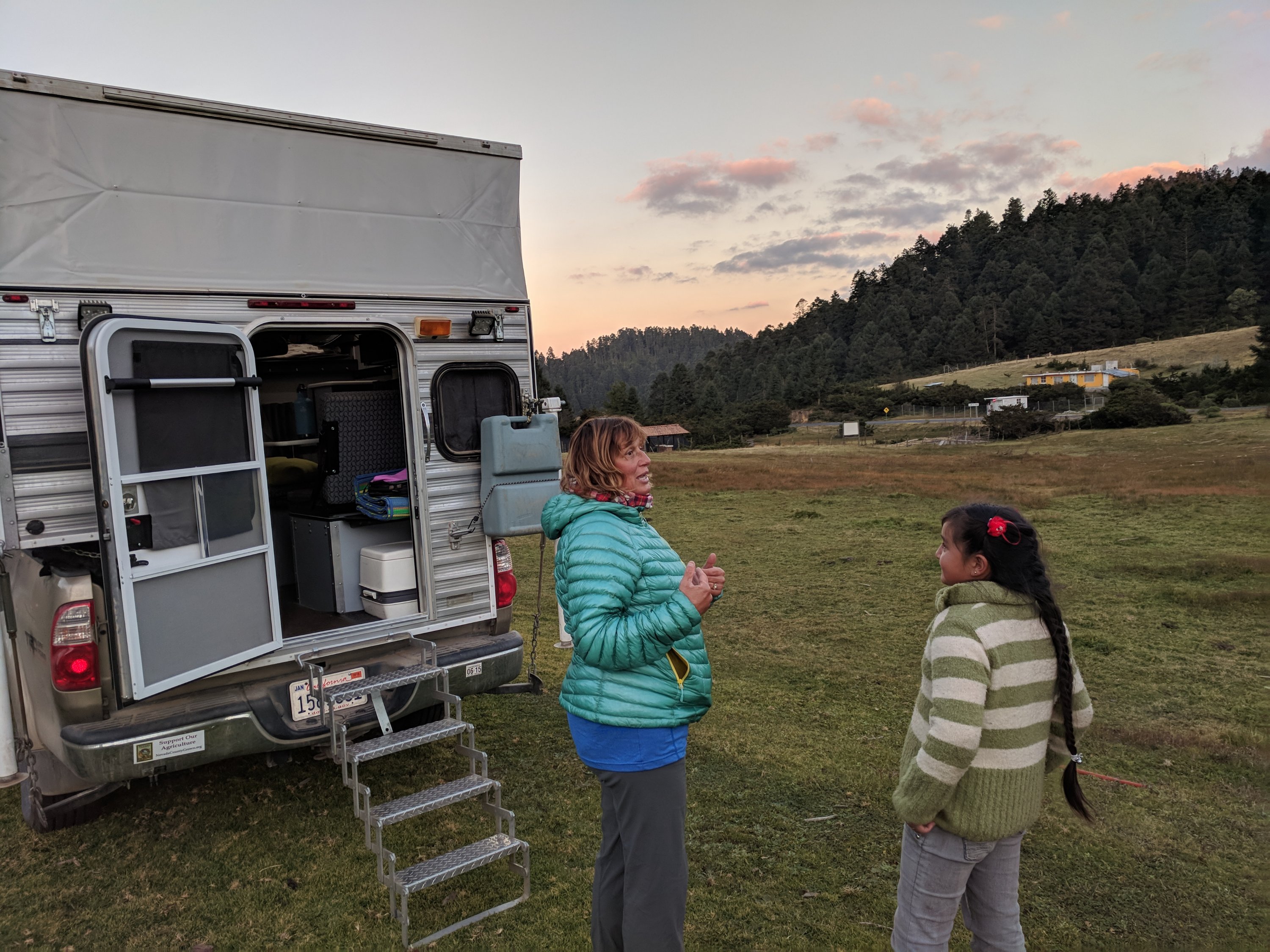 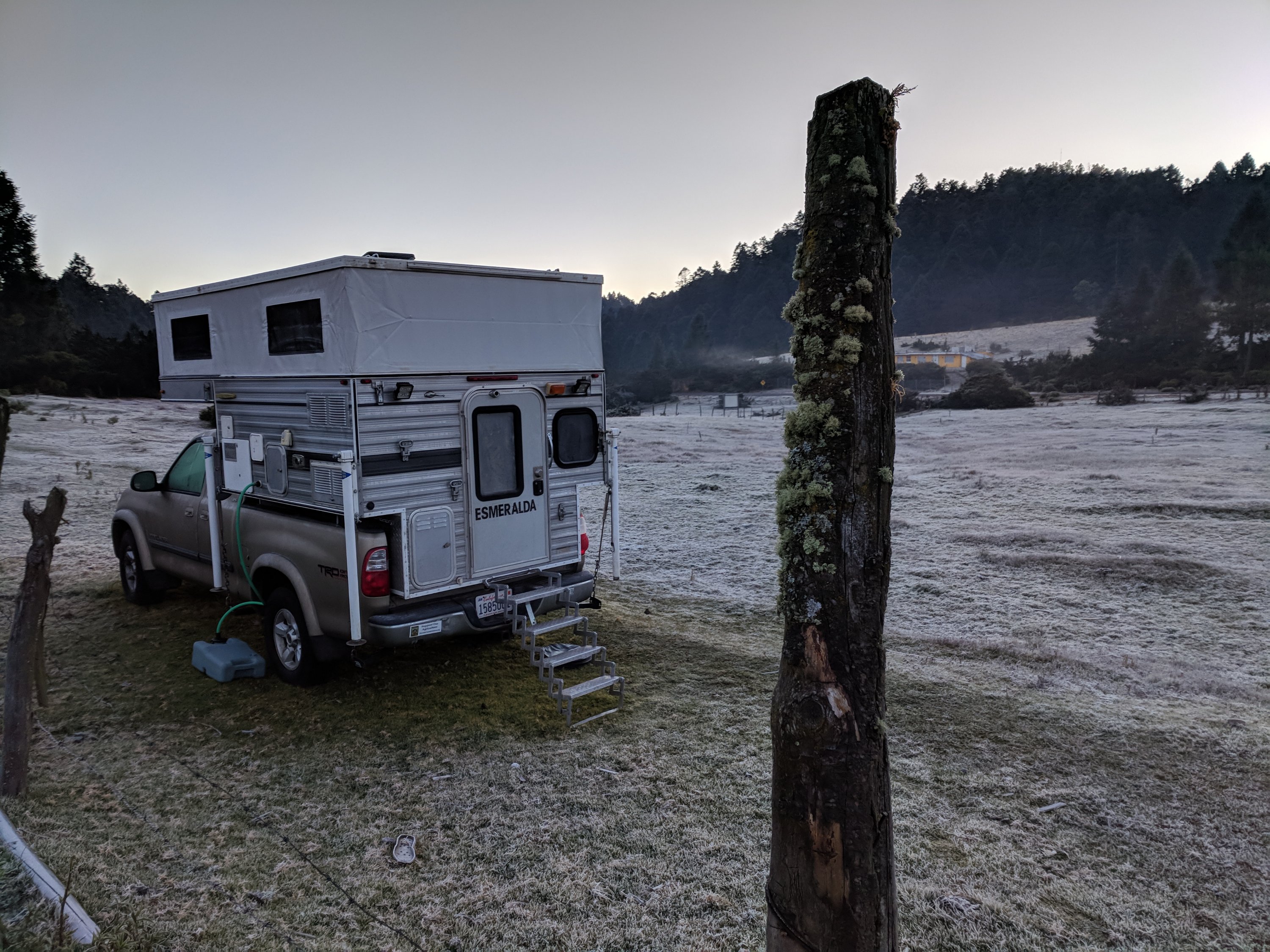 In the morning we got thick frost and wonder why the Mariposa’s (butterflies) pick such a cold spot to recreate. After an unsuccessful attempt to find them ourselfs we get a guide and … 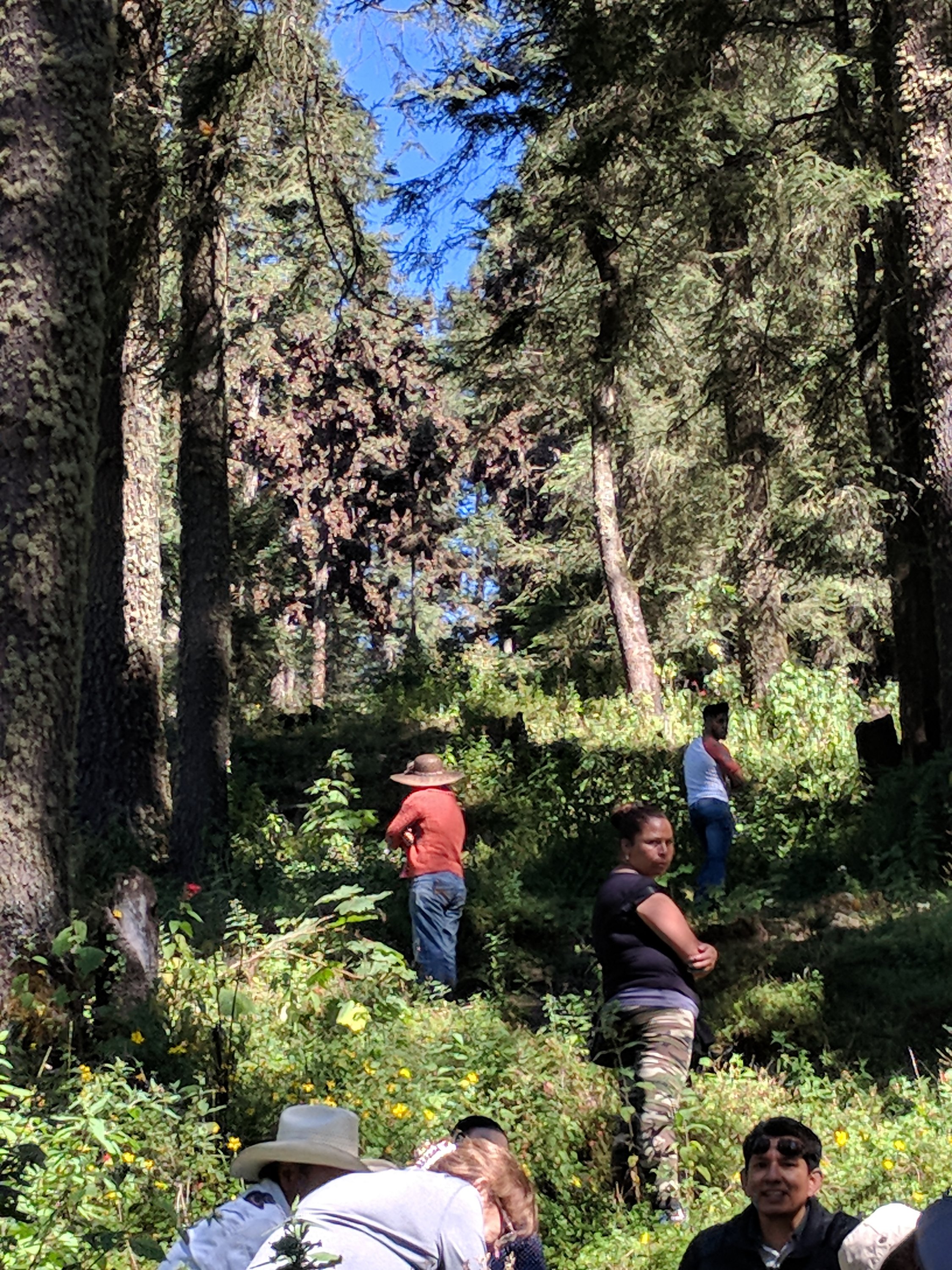 What an experience , but impossile to transmit by photo. Afer flying for 2500 miles from Canada and northern USA the Monarchs raise a new generation here to make the trip back in March or April. The most complex migration pattern imaginable,we still trying to figure out which generation will come back next year. The tree in the back of the picture is not dying but overloaded with Monarchs ,which are everywhere arround you. There are 15000 volunteers helping to monitor and count the population.

The landscape reminds of the italien Alps , small mountain village clinging to the steep mountains. Next,we are trying to avoid Mexico City by taking the northern loop through the mountains . We find the equivalent of a state park and spent a quiet, cold night , still on 9000 feet. 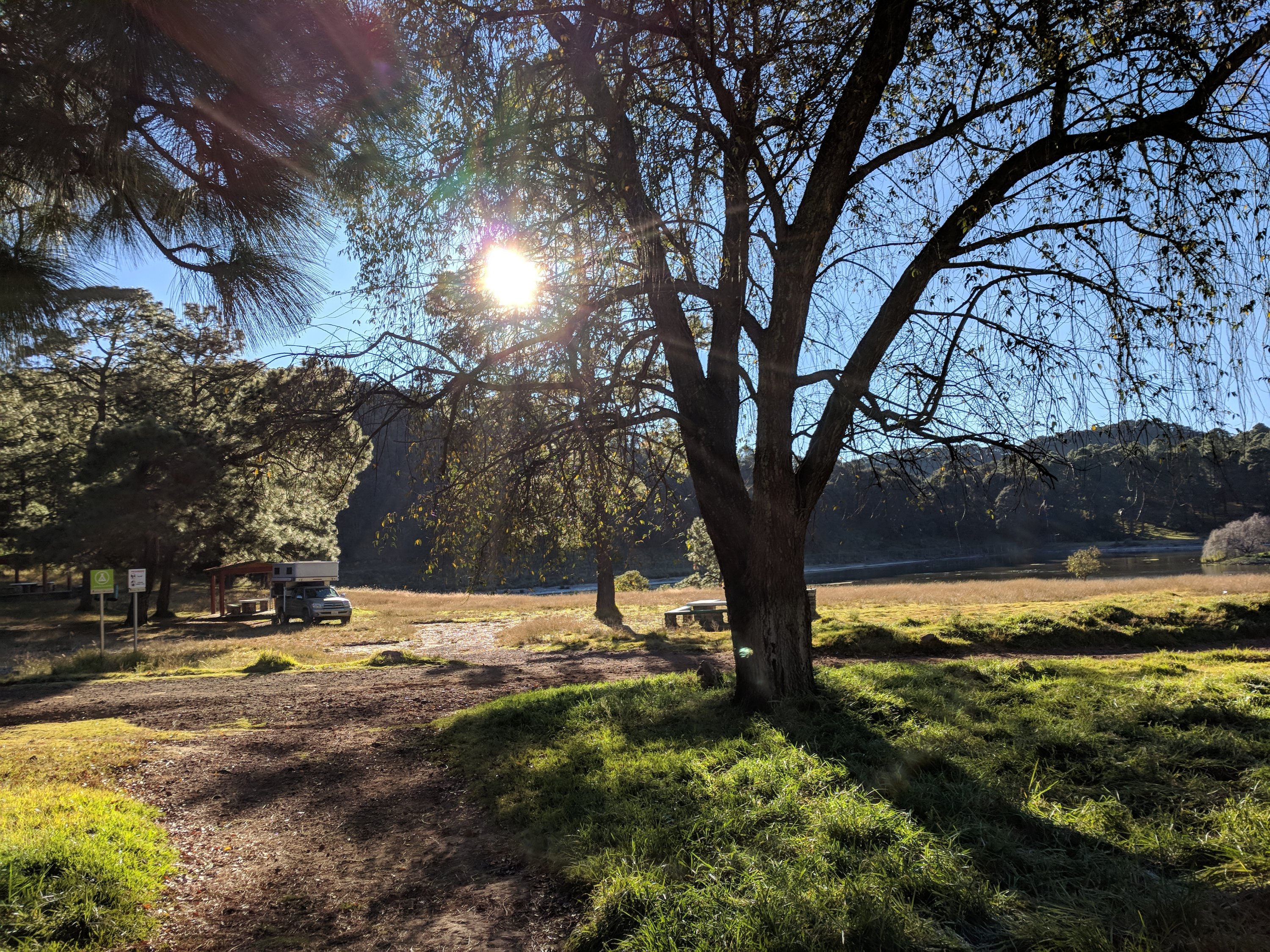 The next day we come down the mountain and decide to spent a night in a hotel in Cordoba , to enjoy a shower and deal with the lack of available camping option. Lovely , lively city and we seem to be the only tourists around . The morning view out the window reveals Mexico’s highest mountain , Pico de Orizaba (Citlaltépetl), a stratovolcano on the boundary between the states of Puebla and Veracruz, 5636m high.

Mexico is a really beautiful country, we both did not expect this green , lush multifaceted country, with smiling friendly people.